Books by Terra Trevor, and containing her work

Terra Trevor’s ‘Pushing up the Sky’ is a revelation of the struggles and triumphs packed into the hyphens between Korean and Native American and American. From her, we learn that adoption can best be mutual, that the adoptive parent needs acculturation in the child’s ways. With unflinching honesty and unfailing love, Trevor details the risks and heartaches of taking in, the bittersweetness of letting go, and the everlasting bonds that grow between them all. With ‘Pushing up the Sky’, the ‘literature of adoption’ comes of age as literature, worthy of an honored place in the human story.
—Robert Bensen, editor of
Children of the Dragonfly: Native American Voices on Child Custody and Education,
The University of Arizona Press

Tending the Fire by photographer Christopher Felver with an introduction by Linda Hogan and a foreword by Simon J. Ortiz, celebrates the poets and writers who represent the wide range of Native American voices in literature today. In these commanding portraits, Felver’s distinctive visual signature and unobtrusive presence capture each artist’s strength, integrity, and character. Accompanying each portrait is a handwritten poem or prose piece that helps reveal the origin of the poet’s language and legends.

Children of the Dragonfly: Native American Voices on Child Custody and Education
The University of Arizona Press

Children of the Dragonfly, edited by Robert Bensen, is the first anthology to document this struggle for cultural survival on both sides of the U.S.-Canadian border. Invoking the dragonfly spirit of Zuni legend who helps children restore a way of life that has been taken from them, the anthology explores the breadth of the conflict about Native childhood. Included are works of Joy Harjo, Sherman Alexie, Eric Gansworth, Terra Trevor and others. They take readers from the boarding school movement of the 1870s to the Sixties Scoop in Canada and the Indian Child Welfare Act of 1978 in the United States. They also spotlight the tragic consequences of racist practices such as the suppression of Indian identity in government schools and the campaign against Indian childbearing.”

The People Who Stayed: Southeastern Indian Writing After Removal
University of Oklahoma Press

Native literature, composed of western literary tradition is packed into the hyphens of the oral tradition. It is termed a “renaissance” but contemporary Native writing is both something old emerging in new forms and something that has never been asleep. The two-hundred-year-old myth of the vanishing American Indian still holds some credence in the American Southeast, the region from which tens of thousands of Indians were relocated after passage of the Indian Removal Act in 1830. Yet, a significant Indian population remained behind after those massive relocations. This is the first anthology to focus on the literary work of Native Americans with ancestry to “people who stayed” in southeastern states after 1830 and represents every state and every genre.

Birthed From Scorched Hearts: Women Respond to War
Award-winning author MariJo Moore asked women writers from around the world to consider the devastating nature of conflict-inner wars, outer wars, public battles, and personal losses. Their answers, in the form of poignant poetry and essays, examine war in all its permutations, from Ireland to Iraq and everywhere in between, this moving anthology encompasses a wide range of voices.

Unraveling the Spreading Cloth of Time: Indigenous Thoughts Concerning the Universe
An excerpt from my forthcoming memoir, We Who Walk The Seven Ways, is included.
"All the tribes say the universe is just the product of mind... It fits perfectly with the quantum. Indians believe the universe is mind, but they explore the spiritual end of it, not the physical end." Exploring Quantum physics in relation to Indigenous peoples' understanding of the spiritual universe." —Vine DeLoria Jr. 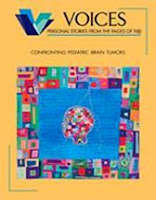 Childhood Brain and Spinal Cord Tumors
A Guide For Families, Friends and Caregivers

In the Veins
Lost Children of the Indian Adoption Projects

Take A Stand: Art Against Hate
This anthology comes at a critical time in our nation's cultural discourse surrounding intersections of identity, resistance, and looking at the past to forge a path forward. A Raven Chronicles Anthology.

Yellow Medicine Review A Journal of Indigenous Literature, Art, and Thought
Women's Wisdom, Women's Strength
Excerpts from my forthcoming memoir, We Who Walk The Seven Ways, are  included.

We Who Walk The Seven Ways is a memoir-in-progress about a mixedblood American Indian woman seeking healing and finding belonging. After the difficult loss I wrote about in Pushing up the Sky, a circle of Native women elders embraced and guided me through the seven cycles of life in the indigenous ways. Over three decades, these women lifted me from grief, instructed me in living, and showed me how to age from youth into beauty. Reflections on the deep power of female friendship, on losing a child, reconciling complicated roots, and finding richness in living every stage of life, these stories show us the end is always a beginning.