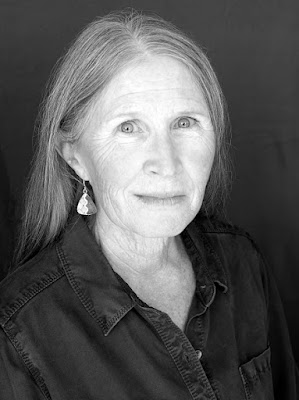 Terra Trevor is an essayist, memoirist and nonfiction writer, a contributor to fifteen books, the author of two memoirs, We Who Walk the Seven Ways, and Pushing up the Sky, with essays and articles in numerous publications. Her work and portrait are featured in Tending the Fire: Native Voices and Portraits (University of New Mexico Press). Her work is also included in Children of the Dragonfly: Native American Voices on Child Custody and Education (The University of Arizona Press), The People Who Stayed: Southeastern Indian Writing After Removal (University of Oklahoma Press), Unpapered: Writers Consider Native American Identity and Cultural Belonging (University of Nebraska Press), Voices Confronting Pediatric Brain Tumors (Johns Hopkins University Press), Take a Stand: Art Against Hate, and in numerous other books and anthologies.
Photo by Chris Felver
Tending the Fire: Native Voices and Portraits
Terra is the granddaughter of sharecroppers. She was born in 1953 and raised in a large extended family in a banjo and fiddle tradition, rich with storytelling and music. She came of age in Compton, California, where her childhood was divided into two seasons, the city, and camping in the mountains. With her family pulling dinner from a lake or river and the natural world a ready part of her growing up years, she calls the mountains home. Her essays and memoirs are infused and shaped by her Cherokee, Lenape, Seneca ethnicity, her identity as a mixed-blood, and her connection to the landscape.
In addition to more than forty years of writing and publishing, she has worked as a director with American Indian Health. With a pediatric brain tumor organization, as a director of volunteers with hospice. As a director of volunteers for an animal shelter. In South Korea with a family exchange program. At a youth crisis shelter for homeless teens. As a volunteer with CASA as a Court Appointed Special Advocate for at-risk and foster youth in transition. In schools, and with writers and storytellers workshops and mentoring cores. She lives with her family on the northern edge of the Central California coast, based between the ocean and redwoods.
Terra Trevor: About my life and work
I've been writing and publishing for decades. The first twenty years I wrote feature articles, personal essays and penned columns in magazines. My readership grew and in 2006 I published my first book, a memoir. A new path opened when I began receiving invitations from other authors inviting me to contribute chapters to anthologies. Searching for a place to stand I discovered what I enjoy most about writing is storytelling, being part of a collective of voices and collaborating with other authors. In addition to my solo work, I'm a contributor to fifteen books.
There have been years when I wrote in the nooks and crannies of my life with a baby on my lab, while the cat walked on my keyboard, my dog sleeping at my feet, and a pot of pinto beans simmering on the back of the stove. Along the way I have also had the good fortune to volunteer and be employed doing a variety of work that brought me great joy.
For every success we have I believe it's important to remember how we got there. I wouldn’t have been able to accomplish all that I have without the steadfast guidance from good people who gave their time to me, mentoring, shepherding and guiding me along. I owe much gratitude to my literary elders who taught me to hold the door open, give back and help others where I can.
It’s a privilege to have readers, and I am deeply thankful.
When I'm not writing, I'm wandering hills and valleys with grandkids and dogs, and I give readings, sit on panels, and visit book clubs to talk about my books with the people who read them. 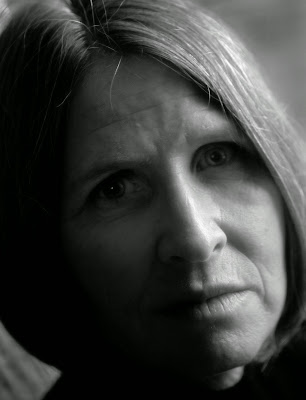